Biogas, as a combination of gases (mainly composed of methane and carbon dioxide), is produced from the degradation of organic material. This process exists since there is life on our planet. Biogas is a metabolite of Archaea, which constitutes one of the oldest life forms on Earth.

Already at the end of the 18th century, the Italian physicist Alessandro Volta found a combustible gas (mainly composed of methane) coming out from the sediments of Lake Como, Italy. By the end of 19th century, anaerobic fermentation was used to stabilize sewage sludge, which produced this gas. From around 1920 onwards, in the Ruhr area of Germany, people began to collect this “sewage gas” and fed it into the local gas grids.
The first agricultural biogas plants were built in the 1930s by pioneers in the US and French Algeria. However, at that time the development of alternative energies did not last long and was soon replaced by (more and more cheaper) fossil fuels.
During the Second World War, research was again intensively focused on renewable energies, but this period lasted only about 10 years. Later, with the energy crisis in the ‘80s, research on renewable energies returned, and since 1990 in Germany, it has been on a steady rise with the first German Electricity Feed Act (Energieeinspeisegesetz).

History tells us that biogas technology only tries to copy processes which occur in nature. If we respect the laws of nature, following the right conditions, it always works!
So if you know and understand that natural principles and processes should be incorporated into your biogas plant, then you have already taken the first step to success... Let us help you to get there! 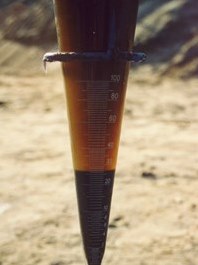 You can see more information here, downloadable as PDF files:

>> Fundamentals of the biogas process <<

>> Inhibitors of biological activity along the biogas process<<